As I grew up, role models in television and the movies reinforced the right actions and dishonored the bad. Our parents and teachers held us accountable to do the right thing. It seemed everyone understood right from wrong even if we didn't practice it. Yes, we all crossed the line, but hopefully, we learned from our mistakes and improved. Okay, maybe you are the exception and perfect.

According to Merriam-Webster, the phrase Role Model first appeared in 1947. It's someone who another person admires and tries to copy. There aren't specific qualities that describe a role model, and they can be either positive or negative. Scanning headlines, it seems the negative role models get the bulk of the attention. Maybe that's why the number of people following the news is dropping off dramatically.

Actors, athletes, and politicians who get caught doing the wrong thing are front and center in the media. Some bully anyone who disagrees with them. Others cross the line to promote themselves or some other agenda. The louder and more extreme they are, the more attention they seem to get. It's easy to see fame, money, or popularity doesn't boost their intellect or make them right; it just gives them a voice to be heard. It also shows us who they are instead of who they want us to think they are.

Positive role models don't get the same media coverage because they don't create headlines that draw viewers. They don't scream, 'Hey, look at the good things I do.' Instead, they live their lives helping others, doing the right thing, and owning up to their responsibilities and obligations. Our lives are better for their actions.

So, where can we find good role models? Look at the everyday people that surround us in every profession and age. We often see them as relatives, co-workers, and neighbors. Many just pop up in our lives and leave a lasting impression. They are more often the givers, not the takers. We think of them when we are challenged and wonder what they would do. A 'What Would Jesus Do' kind of thing. Now there is a great role model no matter what your beliefs are.

I hope you're smiling now and thinking of the excellent role models in your life. I remember Robert Fulghum's excellent book, All I Really Need to Know I Learned in Kindergarten. He discusses the positive habits of sharing, playing fair, not hitting people, and other rules we learned in the sandbox. Everything we should have been taught early in the first decade of our lives and reinforced by our parents and teachers.

The take-home message is two-fold. First, be thankful for the positive role models who have helped shape your life. Second, we don't live in the headlines but can still pass on positive examples to the everyday people in our lives.

Thanks for reading. I try to post every other week at authormichaelschnabel.com/blog. Please share my website with others who may enjoy it. Your comments are appreciated and encouraged. 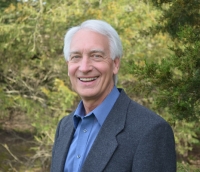 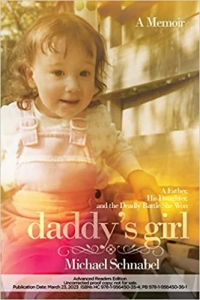